From the 13th to the 17th of June the “Truck & Bus” action week took place on European roads across 7 different Member States. ELA and ROADPOL facilitated the cooperation of Member States authorities. Roadside checks were made in Bulgaria, Croatia, France, Italy, Lithuania, the Netherlands, Spain. 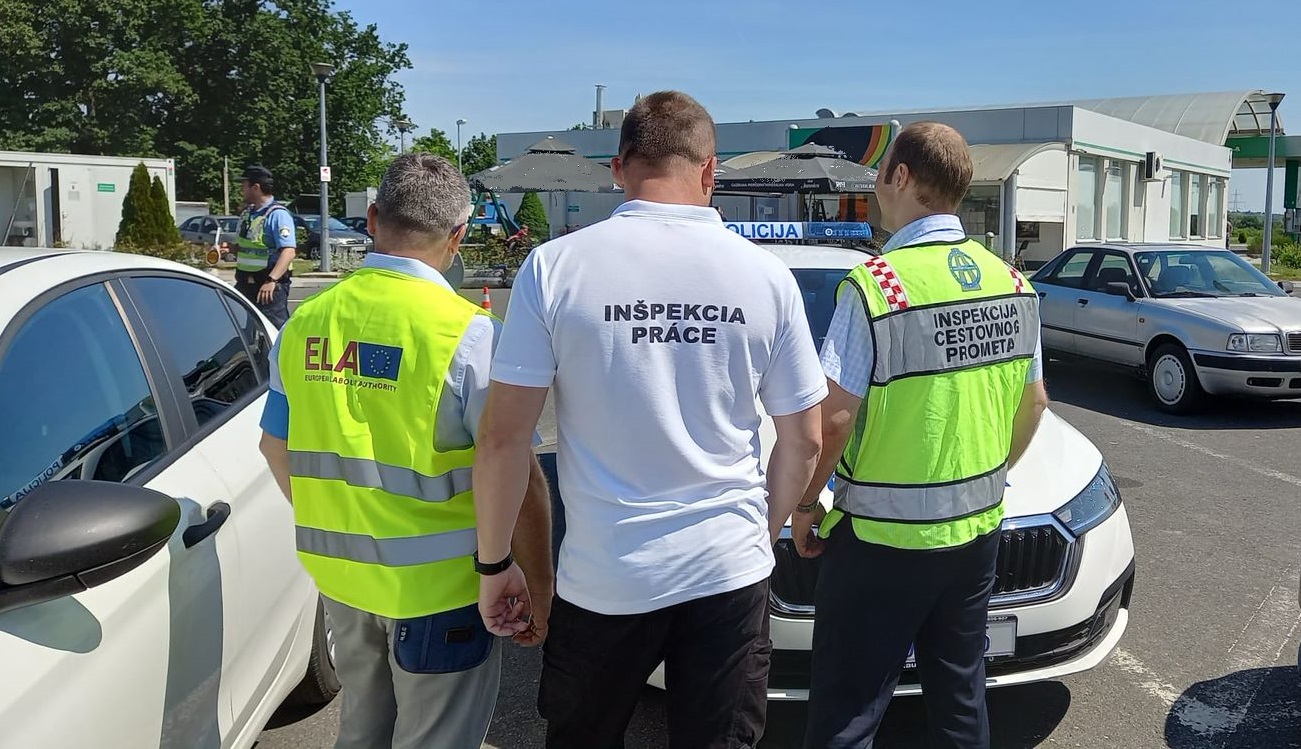 17 Member States participated in the 8 inspections that took place in Bulgaria, Croatia, France (2 inspections), Italy, Lithuania, the Netherlands, Spain, during the  “Truck & Bus” Action Week (13-17 June). A total of over 260 vehicles were checked and more than 110 suspected irregularities discovered.

The majority of the irregularities concerned the use of tachograph,   including driving and resting time. Other irregularities were related to the compliance with road traffic rules, technical requirements, roadworthiness of the vehicle, load security, lack of technical control, drivers with no driving license. Several trucks were sent for a more detailed roadworthiness test at a technical inspection station, one truck was not allowed to continue driving. Irregularities in relation to posted workers and possible bogus self-employment were also detected; several situations will be further investigated.

ELA and the European Roads Policing Network (ROADPOL) coordinated and supported the organisaion of these inspections. This facilitated the participation of observers from the different national authorities from many other Member States.

The close cooperation on the ground helps in building contacts amongst national authorities, facilitates the sharing of experiences and enforcement practices from different countries and improves cross border enforcement: crucial leverages now that the new road transport legislation is applicable. Working together across the borders also paves the way for more efficient implementation of road transport legislation aiming to ensure the safety on roads and drivers rights.

The action week in numbers

Workers’ rights and on safety on roads

The second week of action of 2022 (3rd for ELA since its establishment) is part of ELA’s focus on the road transport sector within the Framework for Action on Road Transport for 2022. Similar inspections are planned and will take place later this year. Other activities will include the provision of clear, user-friendly and easily accessible information for drivers and operators; awareness raising material was distributed to the drivers, including ELA flyers with information about driving and resting times and posting (Mobility Package - Lex Specialis).