EURES Spain organized, in cooperation with the National Public Employment Service (SEPE) two events in the context of the EU Week for Seasonal Workers. 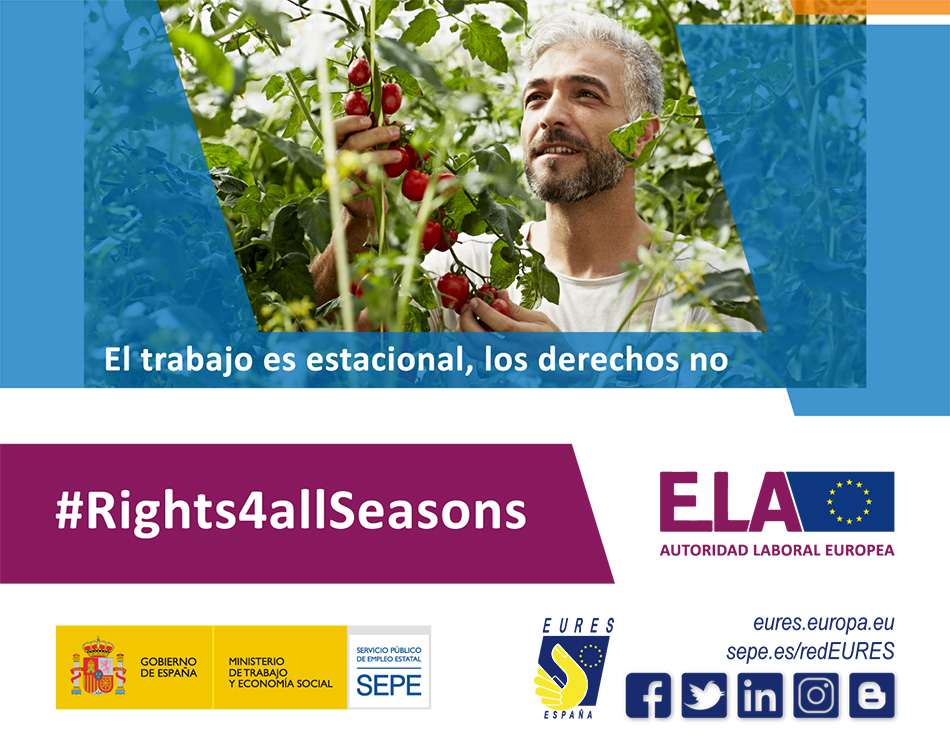 The event was supported by the participation of the Executive Director of ELA, Cosmin Boiangiu, as well as the National Liaison Officer for the European Labour Authority (ELA) in Spain, Javier Suquía. 100 participants from the most distinguished institutions related to the labour market attended the event.

The meeting was streamed. Watch the video

The webinar was at technical level and addressed the staff of the 17 Regional Public Employment Services (PES). The Deputy Director for ALMP of SEPE, the National Liaison Officer for ELA in Spain, the National Coordinator of EURES Spain, as well as the representatives of the Social Partners and the Professional Agrarian Organizations involved in seasonal work participated in the webinar.